Featured at “Grand Prix de Peinture du Castellet” Art Exhibition at in Castellet, Var, France, Sept 8 – 16, 2017. I am in a gallery in Lourmarin with ten other artistes. And occasionally we get together to paint and sculpt. On one such occasion we gathered at Florence and Jean Paul Clayette’s beautiful home close […]

Our Garden in Provence 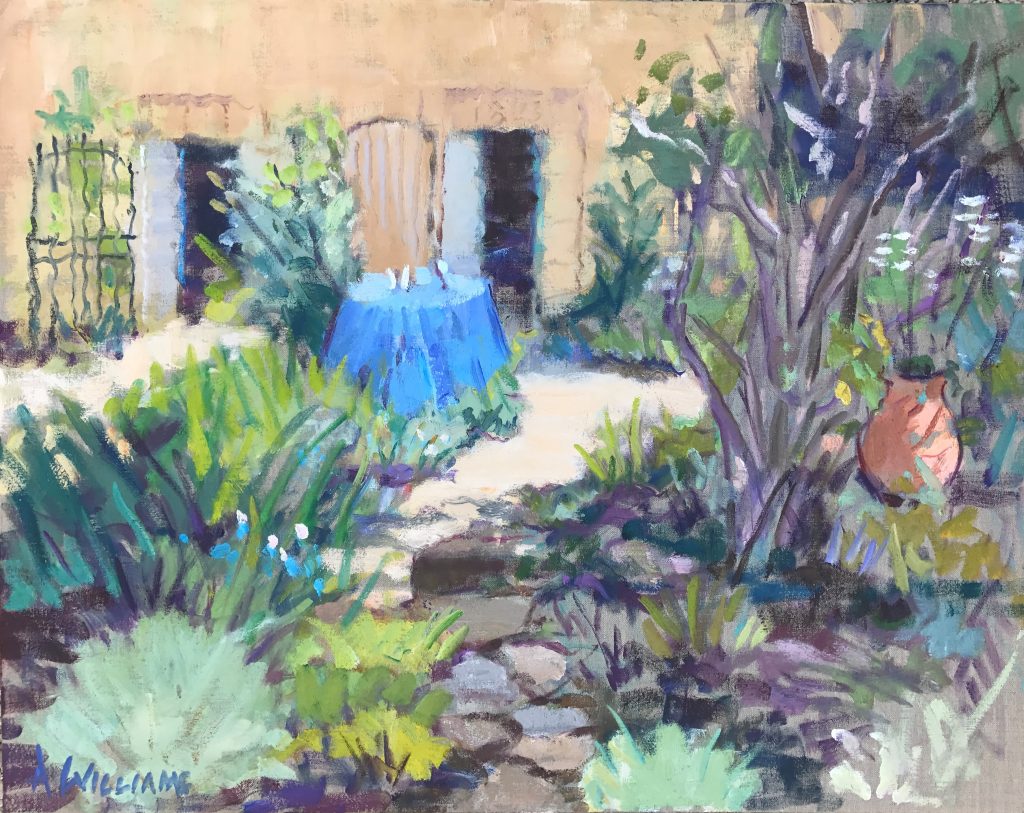 This painting was featured at the “Direct from France” Solo Exhibition at Hagen Fine Art in Charleston, SC, USA on May 5th from 5-8 pm. We purchased our new/old (1843) mas, or farmhouse, in April of 2015. And, even two months before, I couldn’t keep my hands out of the garden. With permission from the […] 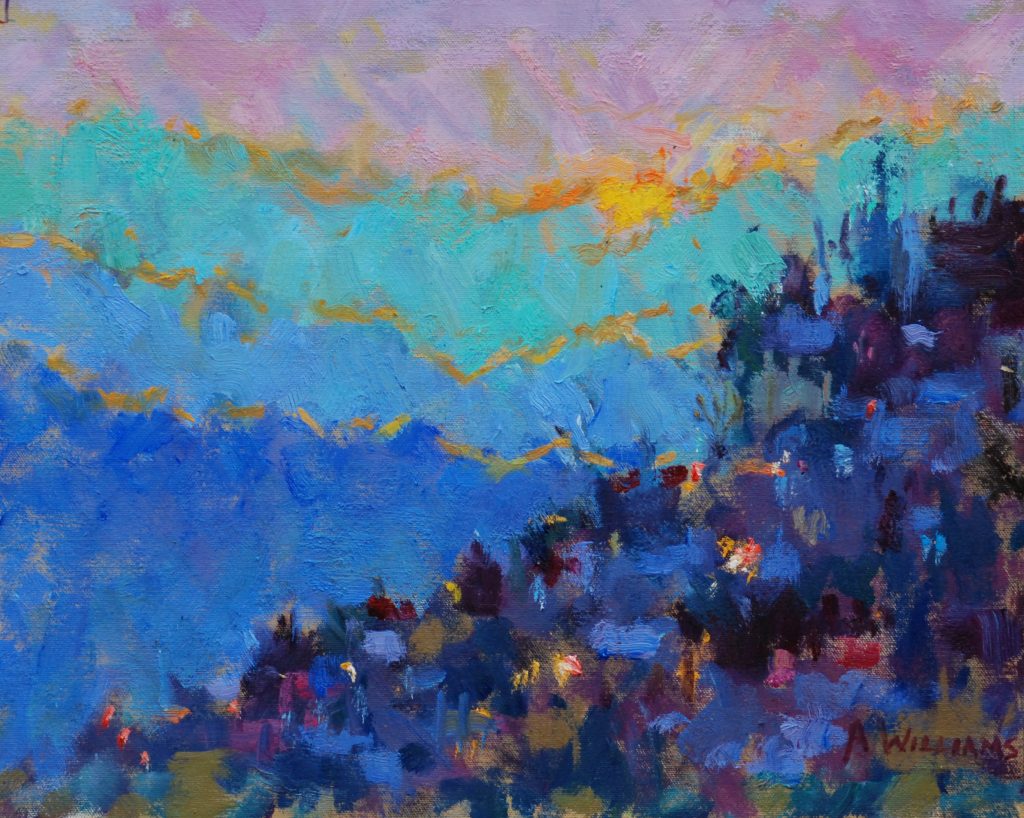 Bonnieux is one of my favorite villages in Provence. Perched on the side of a cliff, we see it often as we drive from our village of Lourmarin to the north Luberon, And, especially at dusk when the sun is setting, I am always entranced by the sight of it. No wonder I have painted […] 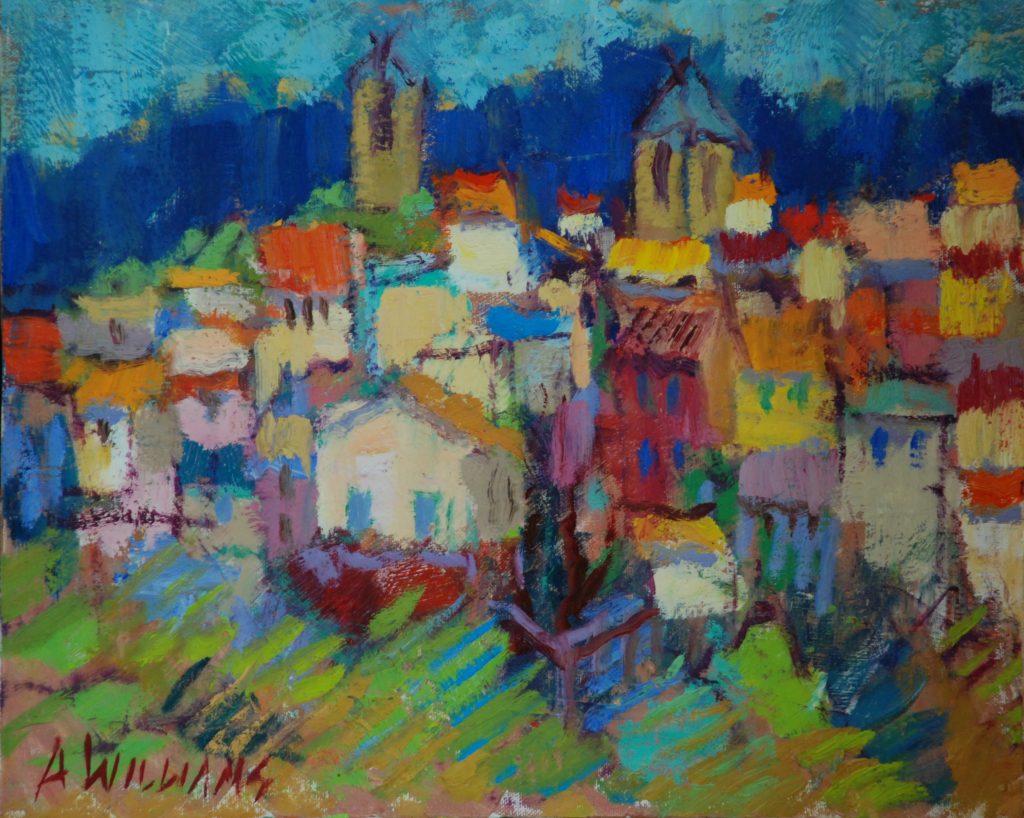 As we found ourselves spending more time in France, we purchased a second home in Provence in 2014 very close to our now familiar Lourmarin. The village is exceptional, touted as “one of the most beautiful villages of France”. I have painted it many times. This particular painting was done in the fall. As there […] 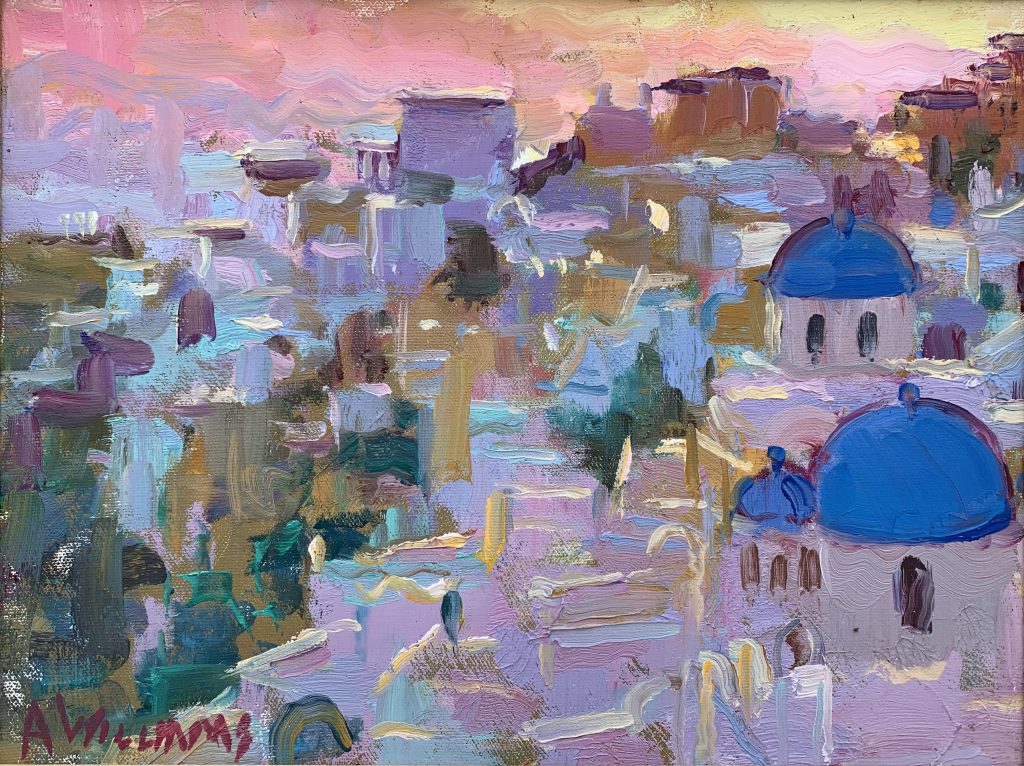 In September of 2014 Don and I took our first (and last) cruise. We were to board in Venice at the height of the summer season, and booked ourselves into a very nice hotel the night prior to enjoy a good dinner and walk through the streets. The next morning, we discovered it was the […]

Last September Caline and I decided to go to Cassis for the weekend and paint. It’s a charming fishing village right on the Cote d’Azur less than an hour from Marseille. From Lourmarin, it’s only about an hour and a half drive. So we packed up our supplies and arrived mid-morning. Cassis is well known […] 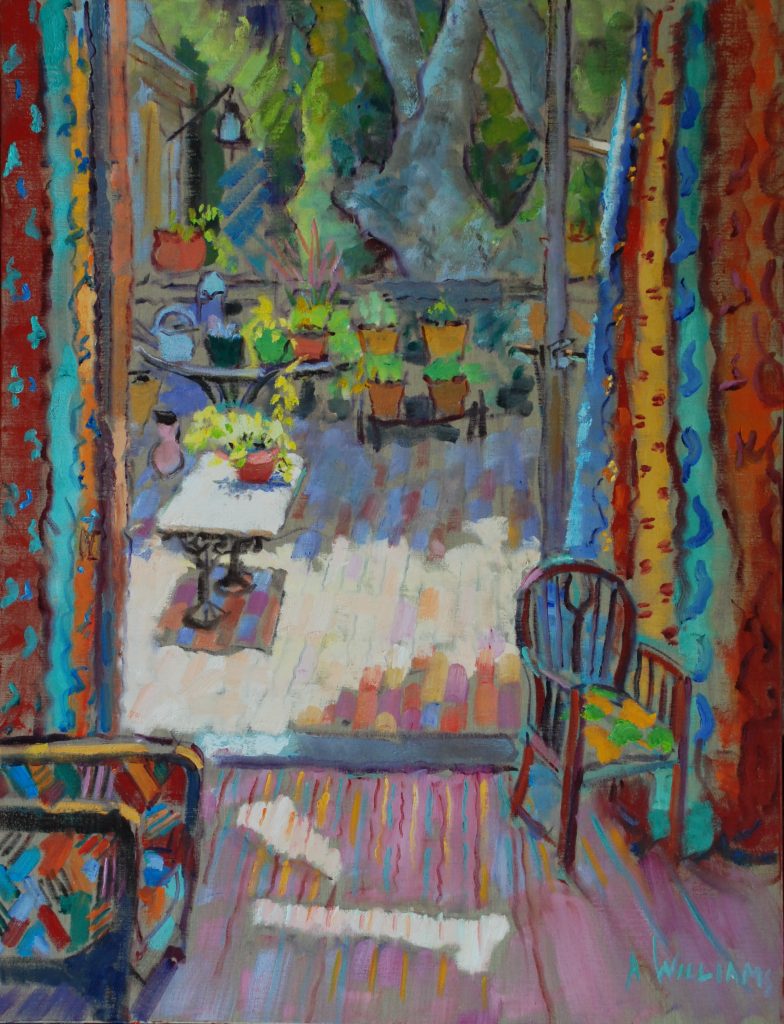 When we came over in 2012, we rented a sweet apartment in Lourmarin which happened to be across the street from one Bernadette and her charming five bedroom Chambre d’Hote.  Featured in many European magazines, it is a treasure trove of beautiful French antiques, arched stucco ceilings and charming verandas. Bernadette, then, a young seventy-eight, […] 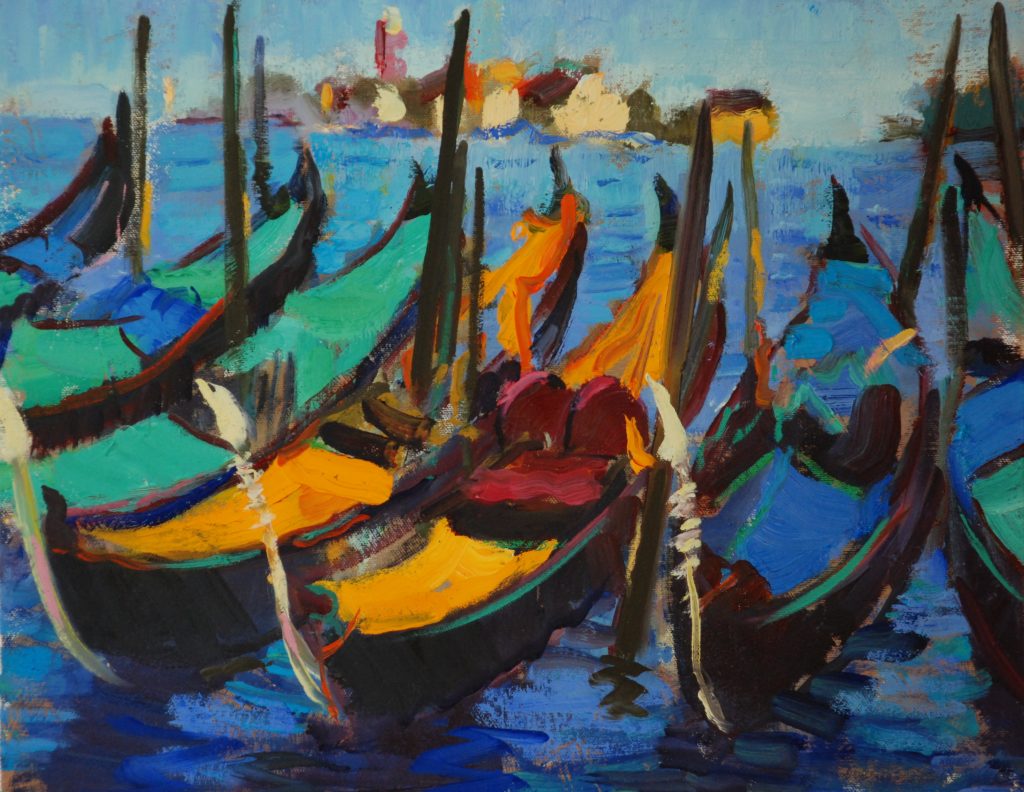 I have been to Venice many times and it continues to be great subject matter for me – there is no other place like it – the color, the water, the light. I am very proud of this painting. From my perspective, I captured the light, the movement of the gondolas, and the intense blue […]

for a glimpse inside the mind of Alice Williams

I won't spam you. Promise!

Thank you for subscribing!